Challenge: Developing easy-to-use modern investment mobile and web application according to the current fintech trends. About the project: It is always challenging to take over the project in the web version from another company, especially that developers engaged in the project for the investment industry wrote it in old technologies (pure PHP5 according to the MVC pattern). The project was troublesome as there was no technical documentation that would allow further development of the project. Initially, the programmers tried to develop the code and write some basic functions with greater and lesser success. However, another problem emerged — the efficiency of the application. In the end, it turned out that the project had no value as quality software, devouring the investor's huge budget. What we did: We had a reflection to rewrite the project in the core functionalities again, with the backend being based on firebase and cloud infrastructure in the Google environment. Yet, we focused on creating a mobile application first. We decided to write mobile applications natively and started with an app for android platform (most users in the world have a smartphone with the android software). Native application development is a great choice when developing for financial and banking industries. They are more secure than hybrid apps as they don't rely on the browser security system. This mobile application was developed in Kotlin technology. We focused on the exchange of information between users, enabling the creation of accounts, building a network of contacts. In the UX application, we put emphasis on the simplicity and ease of finding other users and communicating with them. We made the application intuitive, so users would be able to find necessary information about a given project in a short time. We are currently developing the project natively in SWIFT technology. Shortly, we will start development of the front version of the web application. 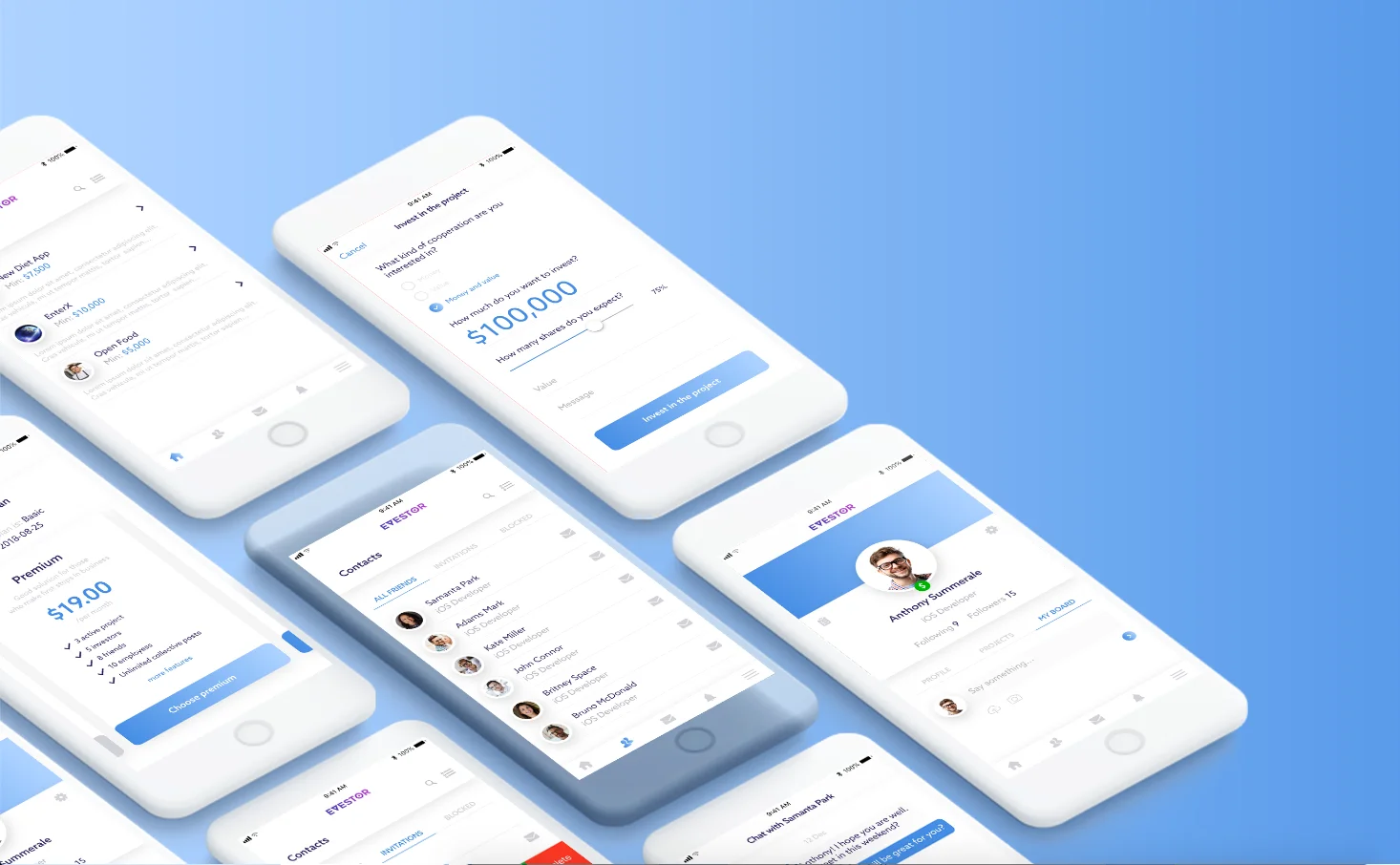 Challenge: Developing a mobile application for searching for company and booking meetings. About the project: We received an order from a Marketing Agency that aimed to create an application for ordering company for nice social meetings by clients. Each order was to be anonymous. What we did: In the first place, we took care of the application prototyping, compiling available information architecture and creating wireframes. We fastened each view in the form of a clickable mockup. Designing the logotype had its process from the concept of the proposals to the decision of finally refining one logotype. The logotype that has been selected and appreciated has a gradient and consists only of letters. After the logotype was created, it was time for designing the graphic interface. Each view was to be legible and consistent with the colours of the logotype. A challenge occurred — the goal was to create the shortest ordering process, that would consist from as few steps as it’s possible. Under the hood of the project there is a backend in the firebase and a Laravel on the side of Vue.js front. We used flutter for the mobile application frontend and UI development. It is a cross-platform framework, so once written, code can be used on multiple platforms. Thanks to that, we can reduce the overall cost and time of development process. 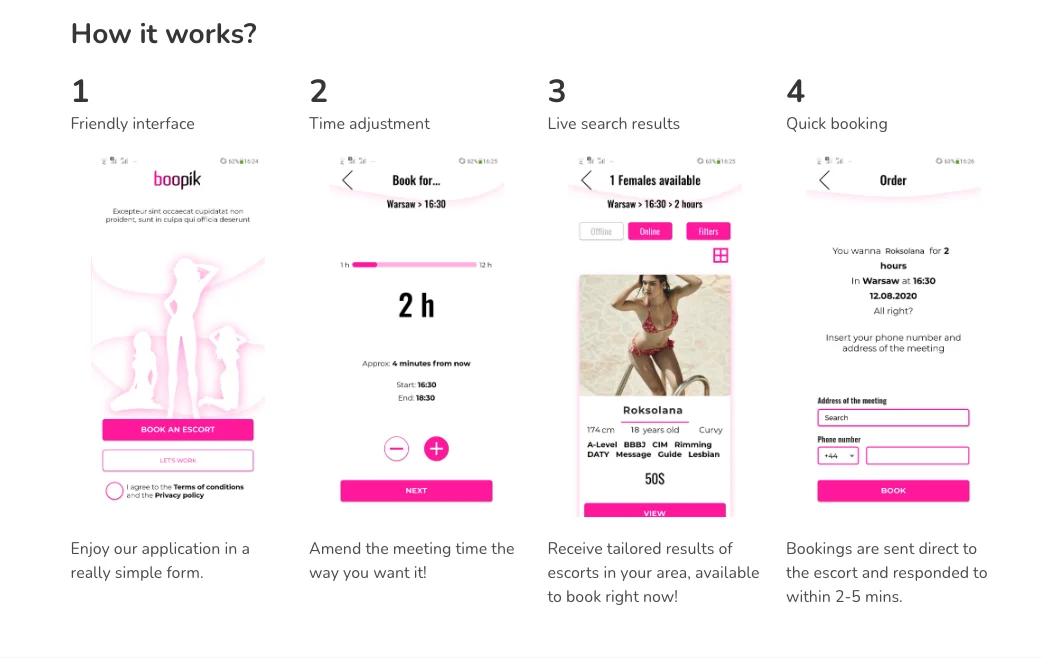 Challenge: Building a mobile application that enable user to order groceries from one of the nearest supermarkets. About the project: We received a request from the Grocery sector to develop a mobile application for e-commerce. The main economic objective of the app was to become a community based on mutual trust among services and product providers and users that was subject to peer evaluation for the quality of the service provided. 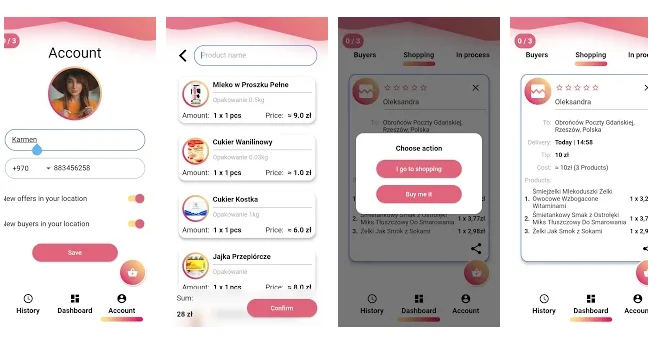 Challenge: Developing user-friendly mobile and web application for supervising drivers and ordering transport. About the project: The project was aimed to develop mobile and web applications for transport company. It was about to be a tool for supervising drivers and for ordering transport services for a specific price by customers. What we did: We have prototyped an original UX & UI project of a mobile and web application for the logistics industry. The platform has become relatively extensive, and it consists of UI and UX elements that are considered a standard in the most modern transport management applications. The logotype of the project makes the impression of navigation and road. In addition to designing the application, we also handled its writing. On the front of the web application, we used Angular technology, while in the mobile application we wrote natively for android in Kotlin and on the apple platform in Swift technology. Part of the project, the so-called heart, that is API, was written by an external company and requires rewriting in newer technologies. The mobile application itself works closely with the Google map. 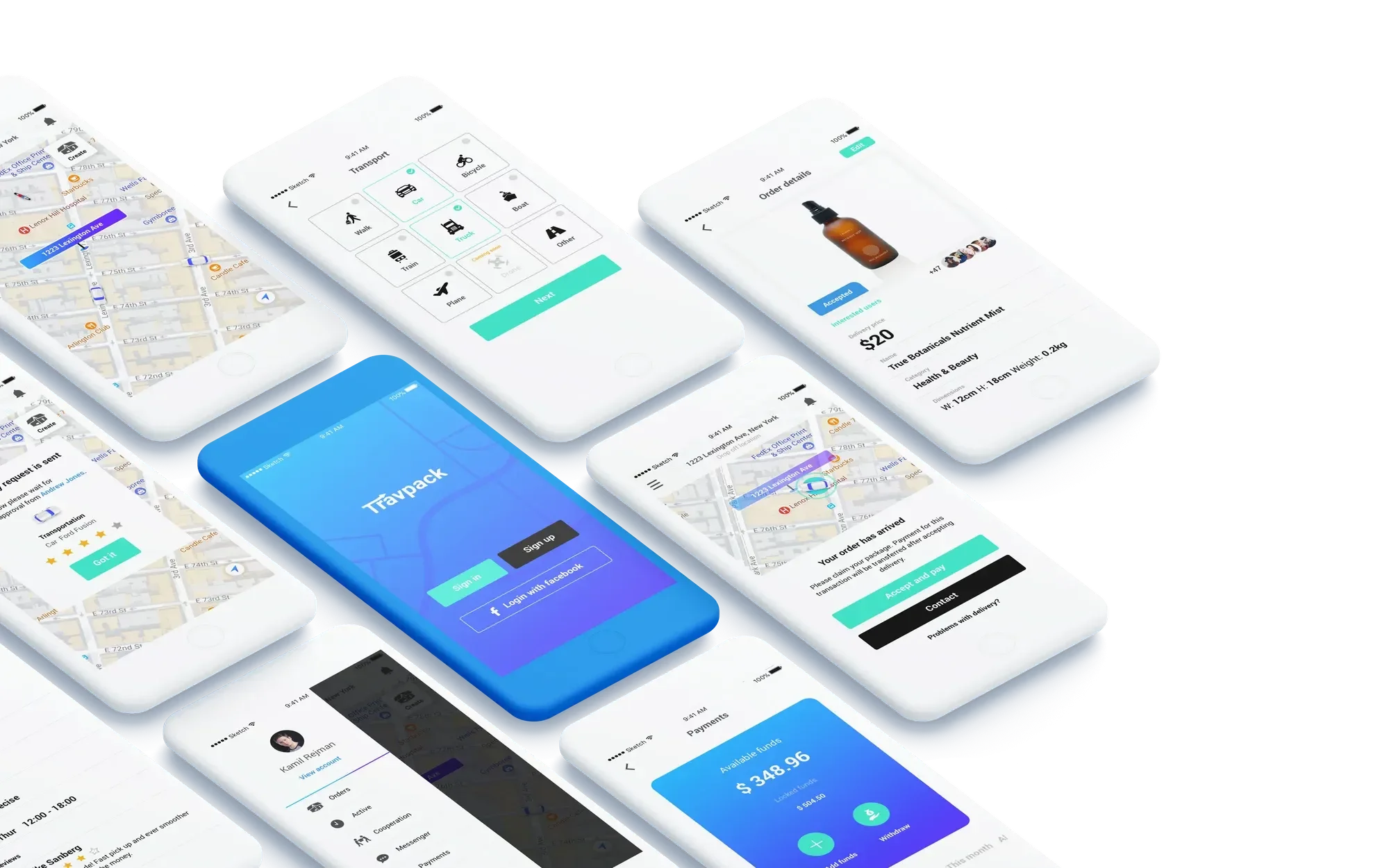